This area near Oshkosh has history dating back to the mid 1800's, including the short lived town of Perryville, which was gone by the Civil War.

The land wound up in the hands of brothers Ezra and Homer Fahrney around the turn of the 20th Century. Heirs to Chicago Patent Medicine entrepreneur Dr. Peter Fahrney, the brothers established adjoining summer estates on Lake Winnebago, planting thousands of trees. By 1910 the property was referred to by locals as "Fahrnwald", or "Fahrney's Woods".

Nearby this barn you'll find the Jesuit Treat House, which is in part made up by a 30 room mansion originally built by Ezra Fahrney in 1918. The Jesuit Retreat was established in the early 1960s. 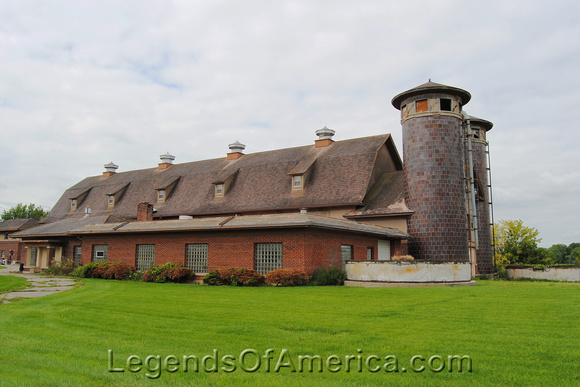