Often called the Yellowhammer State, Cotton State, and Heart of Dixie, Alabama became the 22nd state on December 14, 1819. The state was named for the Alabama people, a Muskogean-speaking tribe whose members lived just below the confluence of the Coosa and Tallapoosa Rivers. "Yellowhammer" is the common name given to the Northern flicker woodpecker, which is also the state bird of Alabama. The capital of Alabama is Montgomery. The largest city by population is Birmingham and the oldest city is Mobile, founded by French colonists.

The Spanish were the first Europeans to reach Alabama in the 16th century. The expedition of Hernando de Soto passed through Mabila and other parts of the state in 1540. The French founded the first European settlement in the region at Old Mobile, in 1702. This area was under French control from 1702 to 1763, was part of British West Florida from 1763 to 1783, and split between the United States and Spain from 1783 until the surrender of the Spanish garrison at to U.S. forces on April 13, 1813.
© www.legendsofamerica.com 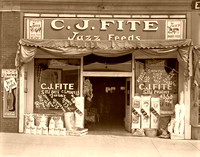 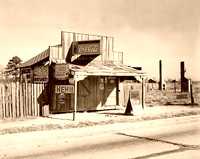