Native Americans, or the indigenous peoples of the Americas are the pre-Columbian inhabitants of North and South America, and their descendants. Those who live within the boundaries of the present-day United States are composed of numerous, distinct tribes, bands and ethnic groups, many of which survive as intact, sovereign nations.

Most authorities agree that the first evidence of people inhabiting North America indicates that they migrated here from Eurasia over 13,000 years ago, most likely crossing along the Bering Land Bridge, which was in existence during the Ice Age. However, some historians believe that people had migrated into the Americas much earlier, up to 40,000 years ago. These early Paleo-Indians spread throughout the Americas, diversifying into many hundreds of culturally distinct nations and tribes.
© www.legendsofamerica.com 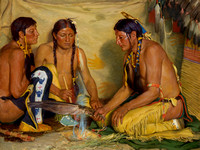 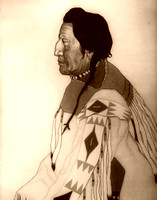 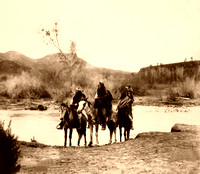