Often referred to as the Wild West, the Old West encompasses the period after the Civil War, the rest of the 1800's, and the early part of the 20th century. During this time, thousands of pioneers pushed their way westward in search of land, better lives, gold and silver, and sometimes, to escape the law. Geographically, the "Old West" generally applies to those states west of the Mississippi River.
© www.legendsofamerica.com 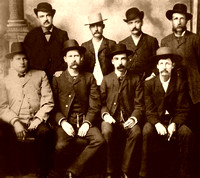 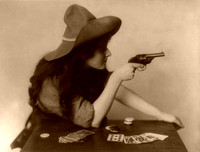 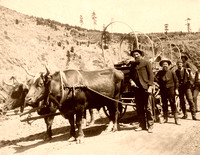 Guestbook for Old West
SheilaA
I've lived 72 years on this earth. I've always had a fascination for the true stories of the Old West and true stories of the Indian tribes. I love old westerns and new westerns. Thrilled to discover your site!!!!!
Klyde Sixkiller(non-registered)
Nice work. One of the best Old West - Frontier sites on the Interwebs.
anita ross(non-registered)
enjoyed reading the old west on this site. Keep up the great work that you do on this website
james48(non-registered)
I was born a 100 years too late?
Bonita M. Barnes(non-registered)
This is a wonderful website. Reading so many things I never knew. I have
read many books, yet there is still so much more.Keep it up. Love it.
Powered by ZENFOLIO User Agreement
Cancel
Continue