42 photos
Mining in the American West
Though various types of mines have existed across the nation, almost from the very discovery of America, those in the American West, are and were the most plentiful, and the history they've left in their wakes, is of romance, fortunes made and lost, hardships, greed, Indian Wars, and numerous crusty old ghost towns.
From the beginning, America presented an image of golden wealth, and that image has never been lacking to the rest of the world. A key factor in shaping the national character of this country, the discovery of gold and other precious metals in the American West accelerated western expansion, beginning with the California Gold Rush in 1848.

After the discovery go gold in California, which clearly showed how rich the strikes could be, more prospectors by the thousands headed west to explore every promising region in their search for wealth. To these many adventurers, no mountain was too high to climb, no canyon to precarious to descend, and no river too difficult to cross. They were a determined lot.
© www.legendsofamerica.com 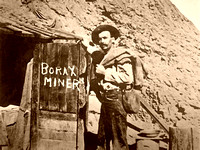 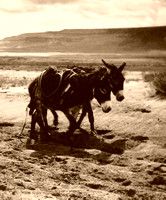 California Miners in front of stagecoach, 1894 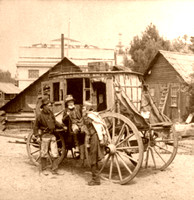 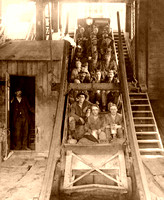 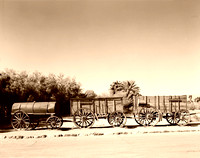 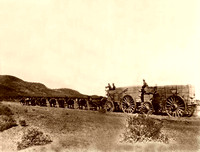 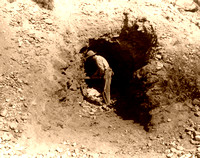 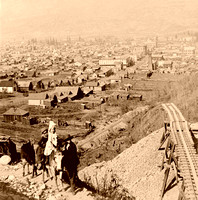 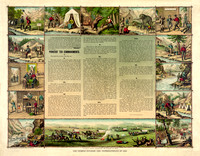 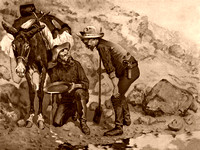 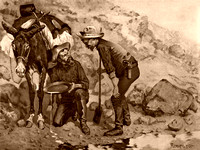