Just across the Colorado River and up the hill from Laughlin, Nevada is the historic town of Oatman, Arizona. Often described as a ghost town, it doesn’t quite fit the category, but, close enough, considering that it once boasted over 10,000 people and now supports just a little over 100 people year-round.

Though Oatman is only a shadow of its former self, it is well worth a visit to this lively "ghost town” that provides, not only a number of historic buildings and photograph opportunities, but the sights of burros walking the streets, as well as costumed gunfighters and 1890s style ladies strolling. In its heyday, from the early 1900s to the 1940s, Oatman and the nearby town of Gold Road were the largest producers of gold in Arizona.

When Route 66 was first built in the 1920s, several supporters worked to have the road parallel the railroad through Yucca, where its supporters lived. However, Oatman was at its peak as a mining community and had more clout. So, even though it made the drive more difficult on those old Model-T’s, the road took the hazardous journey up Sitgreaves Pass and bypassed Yucca.
© www.legendsofamerica.com 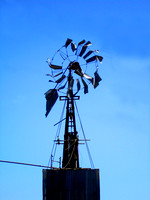 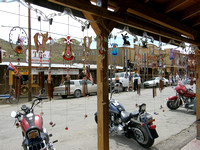 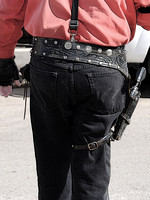 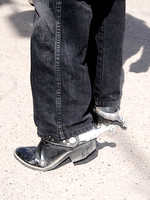 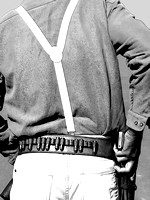 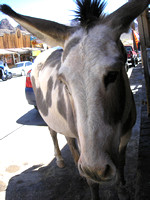