Created by Congress on October 1, 1890, Yosemite National Park is located in the central eastern portion of California and covers an area of 747,956 acres in Tuolumne, Mariposa and Madera Counties. It gets its name from the battle cry of Native American's who once lived there, which was Yo-che-ma-te, or 'some among them are killers'.

Reaching across the western slopes of the Sierra Nevada mountain range, the park is internationally recognized for its spectacular granite cliffs, waterfalls, clear streams, and Giant Sequoia groves. According to archaeologists, the Yosemite Valley has been inhabited for nearly 3000 years, though humans may have first visited the area as long as 8,000 to 10,000 years ago. The park receives over 3.7 million visitors each year.
© www.legendsofamerica.com

Yosemite, CA - Half Dome at Sunset 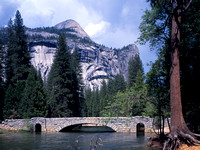 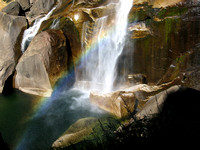 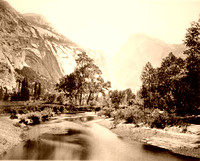 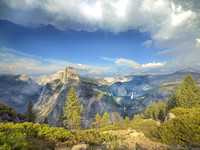 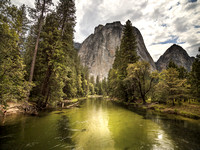 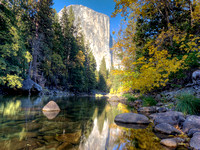