Central Illinois is generally flat prairie and farmland which hosts a variety of man-made lakes, including Lake Shelbyville, Lake Springfield, Clinton Lake and Lake Decatur.Major rivers in the region include the Illinois, Middle Fork of the Vermilion, Kaskaskia, Sangamon and Mississippi Rivers. Also known as the Heart of Illinois, it is characterized by small towns and mid-sized cities. Agriculture, particularly corn and soybeans, as well as educational institutions and manufacturing centers, figure prominently. Major cities include Peoria, Springfield (the state capital), Decatur, Quincy, Bloomington-Normal, Champaign-Urbana, Galesburg and Danville. The western section (west of the Illinois River) was originally part of the Military Tract of 1812 and forms the distinctive western bulge of the state. Route 66 runs through this portion of the state from Dwight to Litchfield through a number of towns through the Land of Lincoln.
© www.legendsofamerica.com 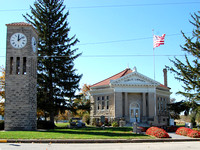 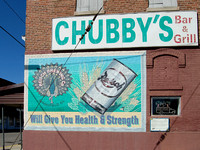