Old Barlow & Sanderson Stage Station in Cimarron, New Mexico. In 1866, Barlow, Sanderson & Company obtained the route. The discovery of gold on Baldy Mountain the same year led to the opening of a branch line through the canyon from Cimarron to Virginia City two years later. This building was used as the local stage office from 1870 until the mail route closed in 1880 with the coming of the railroad to Springer, 25 miles to the
east. It was then used as a Wells Fargo Office and later converted into a mercantile store in the early 1900s. 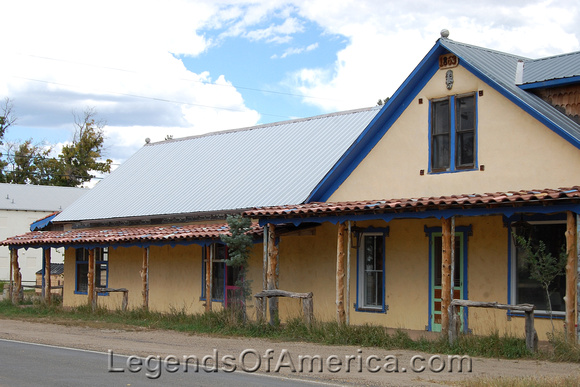