In 1921 the twenty-nine story Magnolia Building, now the Magnolia Hotel, was the tallest building in Dallas. Even after taller buildings were constructed, it continued to stand out, mainly due to its "Flying Red Horse," more accurately known as Pegasus, which stands 450 feet above street level and which, for many years, could be seen for miles. Today the horse is only visible at a distance from the south, where there are fewer new skyscrapers to block the view. There are actually two Flying Red Horses, positioned on either side of a revolving stand that sits atop the building. At night they are illuminated by red neon tubing.

The Magnolia Building was named for the Magnolia Oil Company, later renamed Mobil, which had its offices here for several decades. The Flying Red Horse, which is still the company's symbol, is also revered by locals as the unofficial emblem of Dallas. 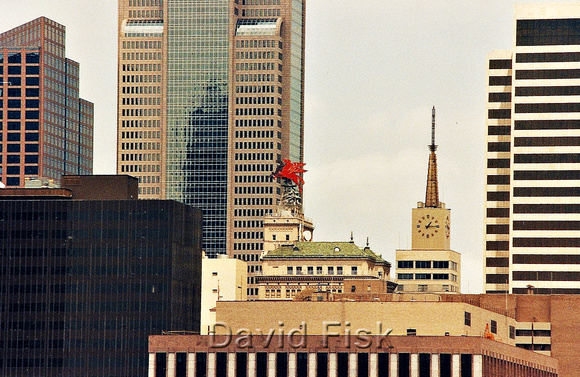