About six miles west of Larned, Kansas the Fort Larned National Historic Site preserves the 1859 military post of Fort Larned. On October 22, 1859 Captain George H. Stewart, commanding Company K of the First United States Cavalry, was sent out with his company to establish a mail escort station on the line of the Santa Fe Trail. On October 22nd he selected a site on the south bank of Pawnee Fork, eight miles from the mouth of the river and established a camp, which was first called the "Camp on Pawnee Fork." The original structure was built of sod in the heart of Indian hunting grounds.
© www.legendsofamerica.com 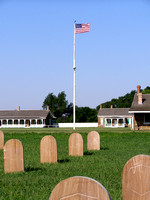 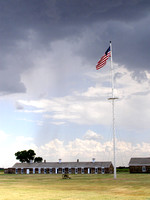 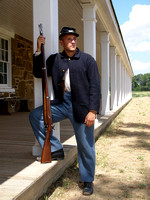