A Swiss-French printmaker, etcher, lithographer, engraver, painter, illustrator and hunter, is best known in the United States as a painter who captured the American West of the 19th century.

He painted extremely accurate works of its inhabitants and landscape when he accompanied the German explorer Prince Maximilian from 1832 through 1834 on his Missouri River expedition. Bodmer was hired as an artist by Maximilian in order to accompany his expedition and record images of cities, rivers, towns and peoples they saw along the way, including the many tribes of Native Americans along the Missouri River and in that region.

Eighty-one of his pieces were used to illustrate Prince Maximilian's book entitled Maximilian Prince of Wied's Travels in the Interior of North America.
© www.legendsofamerica.com 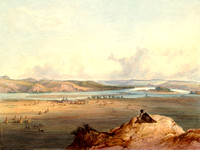 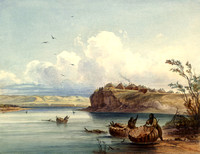 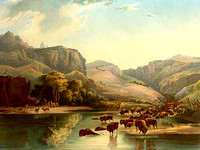 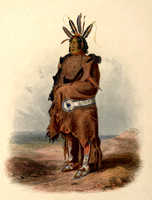 Doughertys Agency on the Missouri River 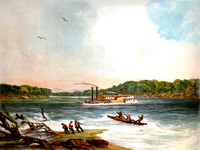 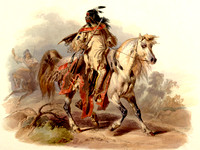 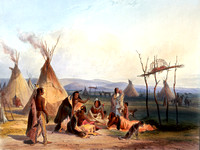 Woman of the Snake tribe and woman of the Cree tribeKarlBodmerabt1842 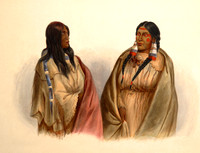