Located in northeast Kansas, Douglas County was one of the original 33 counties created by the First Territorial Legislature in July, 1855. The county was named in honor of Stephen A. Douglas, a United States Senator from Illinois who had supported the Kansas-Nebraska Act in 1854.

Before the area was opened to white settlement on May 15, 1854, the region was held by the Shawnee Indians as part of their reservation under a treaty that had been made in 1825. This treaty allotted the Shawnee some 200,000 acres, most in adjacent Johnson County, but, also embraced much of the land in Eudora Township, in the northeastern part of Douglas County. As soon as the territory was thrown open to settlement, "squatters" ignored the treaty with the Shawnee, arriving from Missouri and other states to secure claims, as the region had been long known as a desirable location.
© www.legendsofamerica.com 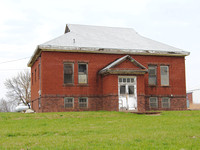 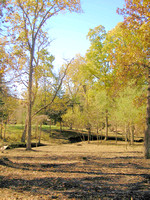