The area of Kansas is 82,080 square miles. Speaking broadly, the surface is an undulating plain, rising gradually from an elevation of 700 or 800 feet at its eastern boundary to 3,000 or 4,000 feet at its western boundary. On the east, the Missouri River flows in a broad bottom land, which is limited by bluffs 200 feet in height. The streams in the northeastern part of the State are also lined by bluffs of considerable height. In the southwest many of the branches of the Cimarron River have cut courses which may almost be denominated gorges from their depth and abruptness, and in the central-western portion of the State, considerable relief has been produced by the erosion of the streams.

The slope of Kansas being in a general way from west to east, the course of the streams is necessarily in the same direction. The State is drained by westward tributaries of the Mississippi River, the Missouri, Arkansas, and their branches. The Missouri River forms the northern part of the eastern boundary of the State.
© www.legendsofamerica.com 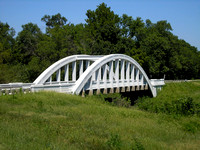 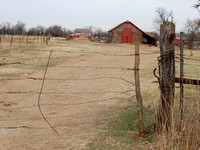 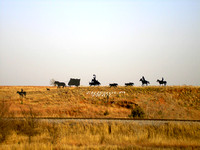 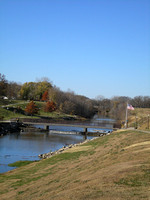 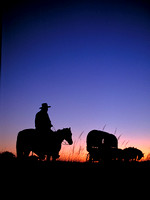