Just north of Traverse City, and home to the Traverse City Harbor is the un-incorporated community of Greilickville, Michigan. First established in 1853, it was originally known as Norristown, named after Seth and Albert Norris who established a gristmill here.

Godfrey Greilick built a small water powered sawmill here just a few years later, then a steam powered mill, which would wind up cutting eight and a half million feet of hardwood in 1883. It was one of the most important mills in Grand Traverse Bay until it was destroyed by fire in 1907. 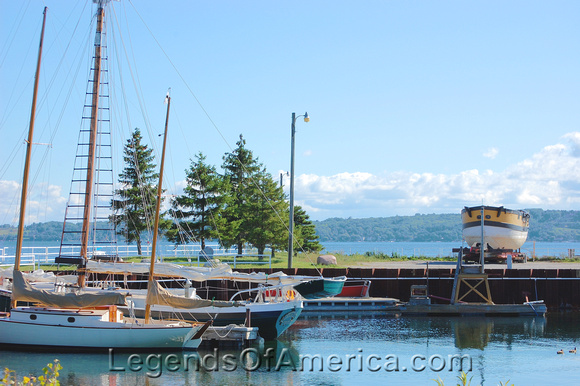