The village of Northport, Michigan on Northeastern tip of the Leelanau Peninsula, actually came to be out of fear of a smallpox epidemic. In 1848, Reverend George Smith and Native American Ottawa Chief Peter Waukazoo decided to move the Ottawa mission from Southwestern Michigan's Black River, with Smith and his family setting sail by schooner and Waukazoo and his band traveling in canoes to their new settlement called Waukazooville. 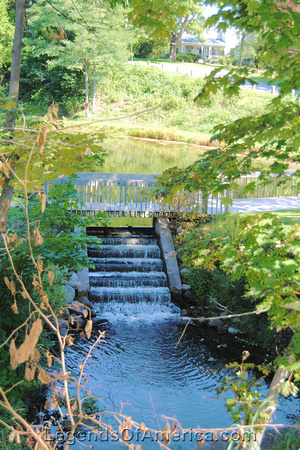