As you make your way to the lighthouse from Northport, Michgan you run into what looks like it could have been an attraction at some point... either that, or a very involved farm.

In the early years, starvation was a constant threat around the peninsula, so planting and growing seasons were hard labor and food preservation a priority. As a community, they would bring heavy blocks of ice across the frozen waters by horse and sled to be cut up and used in meat markets, hotels, fisheries and private homes. 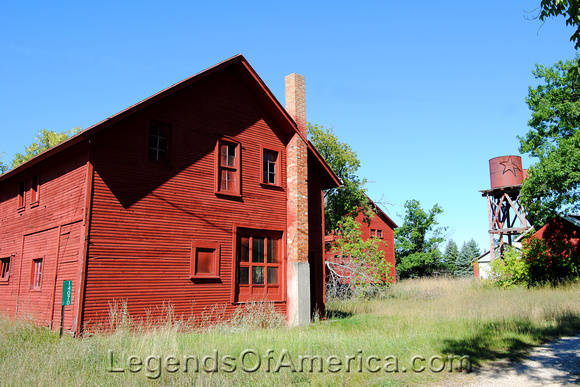