Major General Andrew Jackson (1767-1845) - Military commander, politician and seventh president of the United States, Jackson was a polarizing figure who dominated American politics in the 1820's and 1830's. More than any of his predecessors, Andrew Jackson was elected by popular vote and as president, he sought to act as the direct representative of the common man. 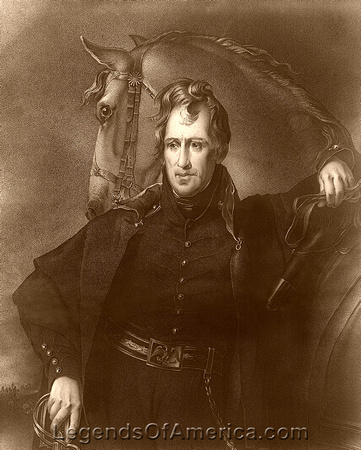