Missouri is rich in history and culture. American Indian warriors, such as the Osage and Missouri, and famous pioneers, such as Lewis and Clark, were drawn to the vast waterways of the Mississippi and Missouri Rivers and the abundant land and wildlife.

In the first half of the 1800’s, Missouri's history was rich with the Santa Fe, Oregon and California Trails threading through Kansas City and Independence. In the second half of the nineteenth century, Missouri saw many struggles as it moved from a pro-slavery state to a Union State, experiencing armed conflict and guerrilla-raids.

Missouri offers stunning scenery in its rolling hills, winding rivers, and limestone bluffs. Explore Missouri's many underground caves, enjoy white water rapids, fish in its numerous streams and lakes, and visit its many small towns that abound with charm and friendly people.
© www.legendsofamerica.com 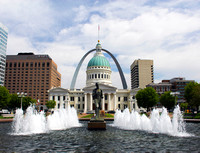 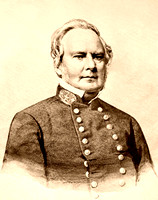 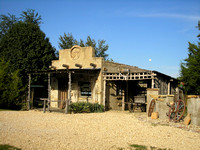