When gold was discovered on nearby Mt. Baldy in 1867, numerous prospectors flooded the area, and both Lucien B. Maxwell and the Indians suffered as a result. Three years later, Maxwell sold the land grant and moved away. The Indians continued to suffer under the new ownership and in 1875 a small skirmish occurred between the Indians and their agent at the Aztec Mill, in which several people were wounded.The following year the Indian Agency was closed and the Ute and Jicarilla moved to reservations in northwestern New Mexico and Colorado. 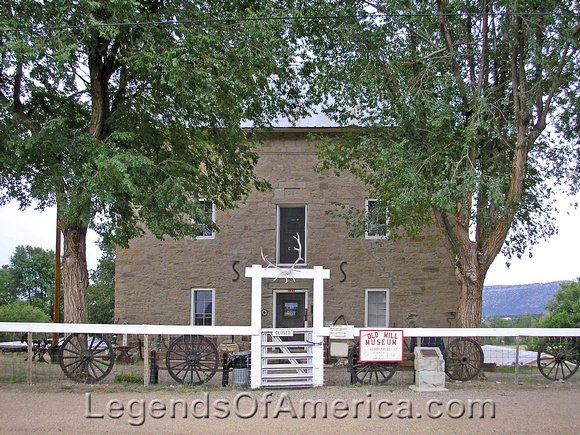