Established within an almost two million acre land grant, Cimarron was built upon what was originally the Beaubien-Miranda Land Grant. In 1842 Charles Lucien B. Maxwell, a fur trapper from Illinois, came to the area, working as a guide. His work often brought him to the Beaubien-Miranda Ranch, where he met and married one of Beaubien's six daughters - Luz in 1842.

Maxwell was a shrewd and lucky businessman and in 1857, he bought Miranda's interest in the grant and continued to develop the area. In 1858, Maxwell built a mansion in Cimarron that was as large as a city block. The Maxwell House was not only his home, but a place of business which included a hotel, gambling rooms, a saloon, dance hall, billiard parlor, and a designated area for women of "special virtue."
© www.legendsofamerica.com 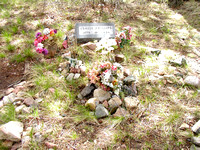 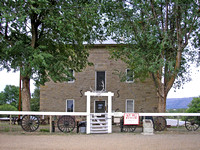 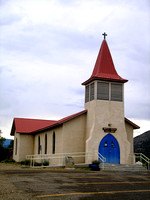