The building that houses the Red Garter has been standing for more than a century serving as a saloon, a bordello, a rooming house, a general store, and more, in Williams, Arizona. Though Arizona outlawed prostitution in 1907, the law was only loosely enforced. Even during prohibition, the saloon and brothel continued to operate, hiding its bar and poker tables behind a divider.

Both businesses continued to operate successfully until the mid 1940's, when a murder was committed on the stairs of the Red Garter, leading to a city-wide crackdown on houses of ill-repute. The crackdown ultimately led to the closure of the saloon and brothel after more than forty years of operation. 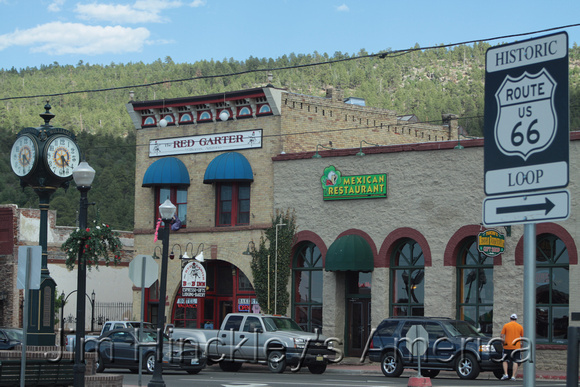