Split Rock Lighthouse, southwest of Silver Bay, Minnesota, on the North Shore of Lake Superior, was completed in 1910 by the United States Lighthouse Service at a cost of $75,000, including the buildings and the land.

It is considered one of the most picturesque lighthouses in the United States. The light was retired in 1969 by the U. S. Coast Guard. The lighthouse is now part of the Split Rock Lighthouse State Park and is operated by the Minnesota Historical Society. The site includes the original tower and lens, the fog signal building, the oil house, and the three keepers' houses. It is restored to appear as it did in the late 1920s. The site was added to the National Register of Historic Places in 1969. Photo by David Fisk.
No EXIF information is available
Categories & Keywords
Category:Architecture and Structures
Subcategory:Lighthouses
Subcategory Detail:
Keywords:Lake Superior, Lighthouse, Minnesota, Split Rock, buy, commercial, david fisk, download, editorial, image, photo, picture, print, purchase, silver bay, stock
© David Fisk 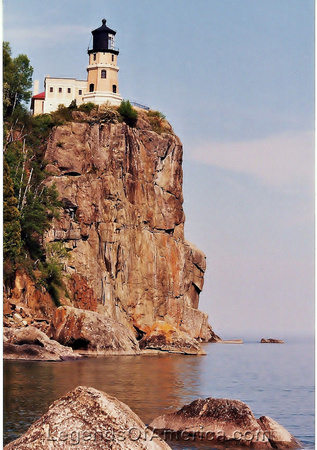