Officially the Commonwealth of Pennsylvania, it is nicknamed the Keystone State because of its central location among the original 13 colonies. It was William Penn, a Quaker and the state's founder, who guaranteed religious freedom to everyone.

Penn established a government with two innovations that were much copied in the New World: the county commission and freedom of religious conviction.

The tradition of freedom continued when the Declaration of Independence was adopted on July 4, 1776 at Independence Hall in Philadelphia. Pennsylvania became the second state in the USA on December 12, 1787. Called the "City of Brotherly Love", Philadelphia served as the nation's capitol ; margin-bottom: 0"> from 1790 to 1800. When you visit this city, be sure to see the cracked Liberty Bell that was rung when the Declaration of Independence was adopted.
© www.legendsofamerica.com 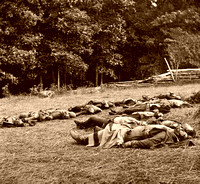 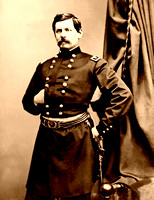