In 1821, the land beyond Missouri was a vast uncharted region called home to great buffalo herds and unhappy Indians, angered over the continual westward expansion of the white man. Before Mexico won its independence from Spain in 1821, the Spanish banned trade between Santa Fe and the United States. After independence, Mexico encouraged trade. Though numerous dangers awaited him, Captain William Becknell was determined to make the trip through waterless plains and war-like Indians to trade with the distant Mexicans in New Mexico.
© www.legendsofamerica.com 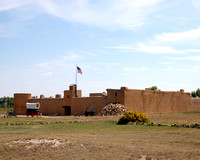 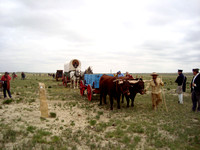 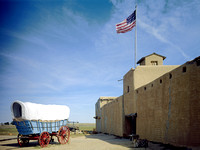