Now in a private collection, the Nob Hill Shoe Repair sign in Albuquerque appeared on Route 66 (Central Ave) in the 1980's, but he history of the business dates back many years before with the Martinez family. In fact, Candido Martinez opened his first family shoe repair business in Socorro, New Mexico in 1928. In 1960 he relocated to Albuquerque. In the meantime, his son Frank Martinez bought Nob Hill Shoe Repair in 1951, and moved it to Central Avenue in the early 80's. The shop closed around 2013 and the vintage neon sold to a private collector. 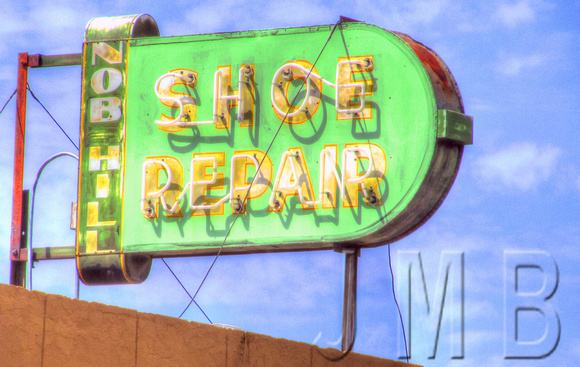