Within a short time after the death of Theodore Roosevelt on January 6, 1919, there were proposals to establish a memorial in his honor. Various studies took place across the country that included ideas for national parks, monuments, wildlife refuges, and scenic roads as well as state parks. Sylvane Ferris, a friend and business associate of TR during his cattle ranching days in the Dakota Badlands, appointed a committee to pick a site and Medora was selected. The 1921 North Dakota legislature instructed their representatives in Congress to assist by setting land aside for a park.
© www.legendsofamerica.com 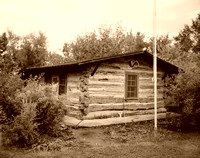 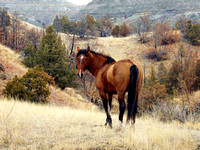