A wild and wooly railroad town when it got its start in 1901, Tucumcari was nicknamed "Six-Shooter Siding" in its early days due to the quickness of its residents to solve their disputes with pistols. Within a year, the settlement had a number of businesses which supported the local ranching and railroading population.

Though a number of small area towns died during the depression era, Tucumcari hung on, especially with the many businesses created when Route 66 barreled right through the center of town. In 1940, when the South Canadian River was dammed, it created some 60,000 acres of irrigated farmland, further diversifying the town's economy. 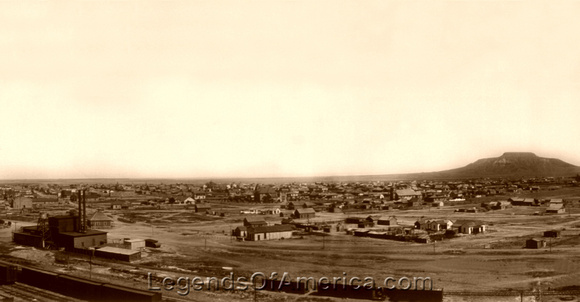