Located in southwest Texas, Brewster County is the largest county by area in the state, over three times the size of the state of Delaware, and more than 500 square miles bigger than Connecticut. It is one of the nine counties that comprise the Trans-Pecos region of West Texas and borders Mexico. The county was marked off in 1887 from Presidio County and named for Henry Percy Brewster, a Secretary of War for the Republic of Texas. Murphyville, later renamed Alpine, was selected as county seat.

Called home to some 9,200 people, the large county includes the towns of Alpine, Marathon, Lajitas, and Terlingua, in addition to encompassing both Big Bend National Park and the Big Bend Ranch State Park.
© www.legendsofamerica.com 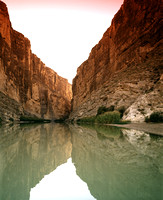 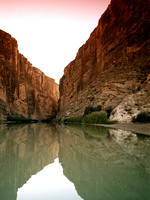