Although New York City and Philadelphia each served briefly as the capital of the United States, in 1790, Congress chose the District of Columbia as the permanent seat of government. George Washington helped select the site for the city. Situated on the Potomac River, Washington, D.C., was originally carved out of land transferred from Maryland and Virginia (Virginia's portion south of the river was returned to that state in 1846).

French-born American engineer, architect, and urban designer Pierre-Charles L'Enfant designed the city's basic plan, which features wide avenues radiating from the Capitol building through a grid of streets with numerous circles and parks. Congress first met in Washington in 1800, although construction of the first phase of the Capitol was not completed until 1826. Today, millions come to Washington, D.C. each year to see the Capitol, the White House, the Library of Congress, and the city's many museums and monuments. The flower is the American beauty rose.
© www.legendsofamerica.com 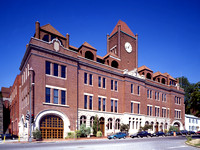 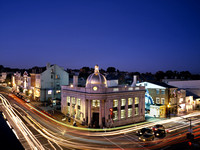 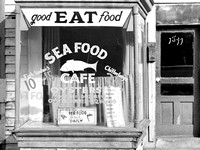 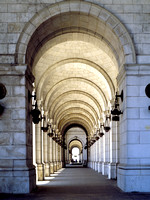 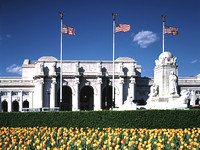 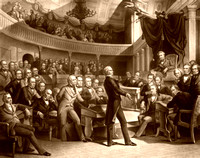 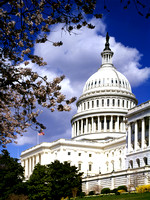 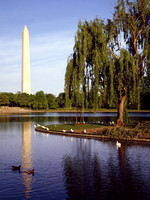