80 photos
William Henry Jackson (1843-1942) - A photographer and painter, Jackson is best known as the first person to photograph the wonders of Yellowstone and other places in the American West, such as Mesa Verde, Colorado and Yosemite, California. Working with U.S. Geological Survey Teams, private companies, museums, and railroads, he not only documented the American West, but, all of the United States as wells numerous locations throughout the world.
In 1897, he became a partner in the Detroit Publishing Co., also called the Detroit Photographic Co, who, at the time had the exclusive rights to the photochrom process for the American market. This process allowed color enhancement of black-and white photography.
© www.legendsofamerica.com 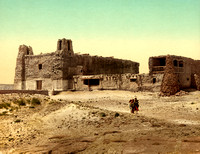 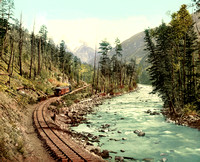 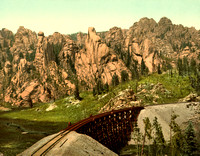 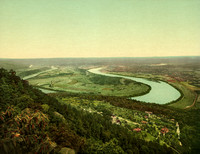 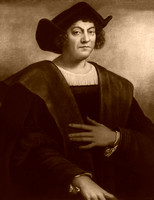 Columbia River below the Cascades, WA/OR, 1901 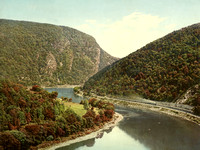