Chiricahua Apache in San Carlos, Arizona. The Chiricahua "great mountain” Apache were called such for their former mountain home in Southeast Arizona. They, however, called themselves Aiaha. The most warlike of the Arizona Indians, their raids extended into New Mexico, southern Arizona, and northern Sonora, Mexico. Some of their most noted leaders included among their most noted leaders being Cochise, Victorio, Loco, Chato, Naiche, Bonito, Mangas Coloradas, and Geronimo.

The nomadic Chiricahua lived primarily in wickiups, frame huts covered with matting, of bark and brush. When they moved on they burned them. They were both hunters and gatherers, surviving on berries, nuts and fruits and well as game. They horse and mule flesh as delicacies. During the summer, they also did limited farming of corn and melon.

The Chiricahua formed clans and chiefs were chosen for their ability and courage, although there is evidence that chiefship was sometimes hereditary, as in the case of Cochise and his sons, Taza and Naiche.

In 1872 the Chiricahua were visited by a special commissioner, who concluded an agreement with Cochise, their chief, to cease hostilities and to use his influence with the other Apache to this end. By Fall, more than 1,000 of the tribe were settled on the newly established Chiricahua Reservation in southeast Arizona. Cochise died in 1874, and was succeeded as chief by his son Taza, who remained friendly to the Government; but the killing of some settlers who had sold whisky to the Indians caused an intertribal broil, which, in connection with the proximity of the Chiricahua to the international boundary, resulted in the abolishment of the reservation against their will. The Camp Apache agency was established in 1872, and in the year following 1,675 Indians were placed there. But, in 1875 this agency was discontinued and the Indians, much to their discontent, were transferred to San Carlos, where their enemies, the Yavapai, had also been removed.

The members of Geronimo's band, were the last to resist U.S. government control of the southwest. They finally surrendered in 1886 and were exiled to Florida, Alabama, and Oklahoma. The tribe was then released to Fort Sill, Oklahoma and the Mescalero Reservation in New Mexico where the majority of the tribe live today. 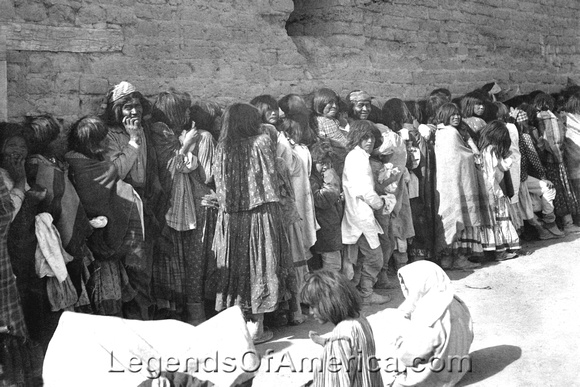