Jimmy "Santiago" McKinn was taken from his home in New Mexico by Geronimo and his runaway band of Chiricahua Apache in September, 1885. The boy was well treated during the six months that he lived with the Apache, assimilated their lifestyle and learned to speak their language.

When Geronimo surrendered to General George Crook at Sonora, Mexico in March, 1886, the boy was found among the small band of warriors, women, and children traveling with Geronimo. McKinn cried when taken from the Apache to be returned to his original family, a fact widely reported in the newspapers, along with the fact that he had been "Indianized." 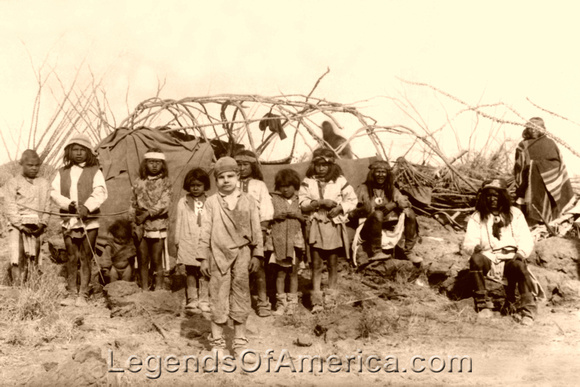