Apache at the ford, by Edward S. Curtis, 1903. Apache is a collective name given to several culturally related tribes that speak variations of the Athapascan language and are of the Southwest cultural area. The Apache separated from the Athapascan in western Canada centuries ago, migrating to the southwestern United States. Although there is some evidence Southern Athapascan peoples may have visited the Southwest as early as the 13th century AD, most scientists believe they arrived permanently only a few decades before the Spanish.

The Zuni, a Pueblo people, gave them the name Apachu, meaning "enemy.” In their dialects the Apache call themselves Tinneh, Tinde, Dini, or one of several other variations, all meaning "the people.” 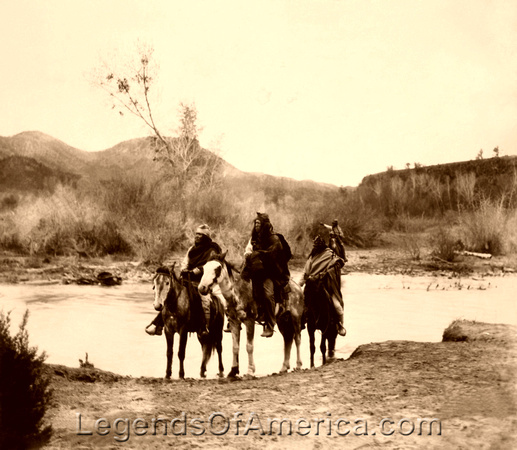