Today there are about 57,000 people who identify themselves as Apache only; an additional 40,000 people reported being part Apache. The major modern Apache groups include the Jicarilla and Mescalero of New Mexico, the Chiricahua of the Arizona-New Mexico border area, the Western Apache of Arizona, the Lipan Apache of southwestern Texas, and the Plains Apache of Oklahoma. Of those living on reservations, farming, cattle herding, and tourist-related businesses are important economic activities. The modern Apache way of life is a mixture of traditional beliefs and rituals, such as mountain spirit dances, and contemporary American culture. 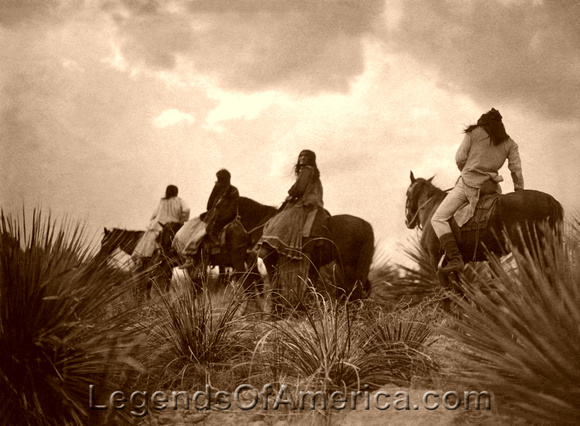