Situated on the Oregon Trail, there were three wagon trains that came through what is now Harney County, Oregon in the early years of westward migration. Looking for a shorter route to the central and southern areas of Willamette Valley in Western Oregon, there were some that chose, instead, to settle in the high desert country in the southeast portion of the state.

The town of Burns soon sprang up, with the majority of the area
settlers making their livings from raising stock and cutting timber. When the railroad extended into the area in 1883 it served as a catalyst to the cattle industry.

The group above appear to be some of the many cowboys of the area, enjoying a game of poker in Egan's Saloon. 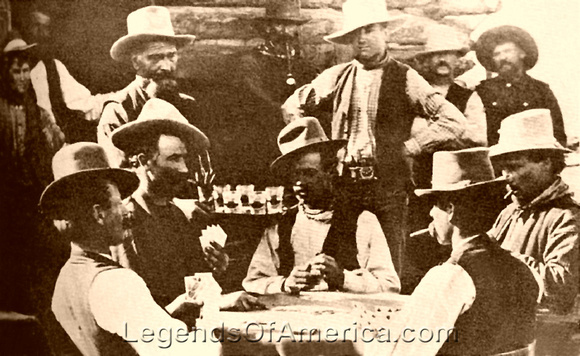