As Nevada State Road 341 winds its way northward to the Queen of the Comstock Lode – Virginia City, it passes through two more mining camps. Though Virginia City got all the glory, Silver City and Gold Hill played an important part in the history of the area.

The first gold nugget in what would become known as Gold Canyon was actually discovered at Devil’s Gate, just north of Silver City, by John Orr and Nicholas Kelly in June, 1850. For the next ten years, the canyon would become the scene of avid placer mining and the busy route to Virginia City, as thousands of miners made their way to the Comstock Lode.
© www.legendsofamerica.com 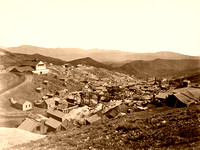 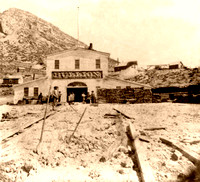