Before the first white explorers entered Nevada, the region was inhabited by the Paiute, Shoshone, and Washoe tribes. The first European to come to the area is thought to have been Spanish priest Francisco Garces in 1776. The area formed part of the Viceroyalty of New Spain and was called Nevada (snowy) due to the snow which covered the mountains in winter. The state became part of Mexico when it gained independence in 1821. In 1826 Peter Skene Ogden of the British Hudson's Bay Company came to Nevada in a prelude to his later exploration of the Humboldt River. The same year, American trapper Jedediah Smith began to traverse the state.

The region was annexed by the United States in 1848 after its victory in the Mexican-American War, and it was incorporated as part of Utah Territory in 1850.

The discovery of silver at the Comstock Lode in 1859 led to a population boom and Nevada Territory was carved out of Utah Territory in 1861. It became the 36th state three years later on October 31, 1864.'
© www.legendsofamerica.com 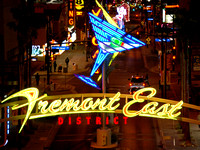