Nevada City was one of the two major centers of Commerce in what was known as one of the "Richest Gold Strikes in the Rocky Mountain West", a role it shared with its sister cityVirginia City. Both towns, just a mile and a half apart, got their starts when gold was discovered in Alder Gulch in 1863. Nevada City quickly peaked, boasting dozens of businesses and cabins. However, by 1869, the population of the mining camp had already fallen to about 100 people. By 1876, Nevada City had all but become a ghost town as the miners moved on to new finds.

Nevada City got a new start when dredges went to work in 1899, and continued for the next 24 years, processing more than 37 million cubic yards of ground along seven miles of Alder Gulch. However, this process destroyed most of the remaining buildings.

The few original buildings that remained were save by the last residents in Nevada City. Later, in the 1950’s, in came a couple named Charles and Sue Bovey who had been "collecting” old Montana buildings since the 1940s. These buildings were moved to Nevada City in 1959. The town has been restored as an outdoor living history historical museum with 108 buildings, 14 of which are original to the town site.
© www.legendsofamerica.com 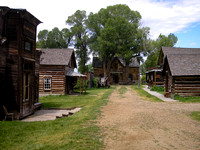 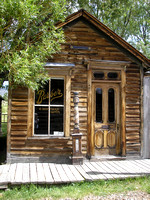 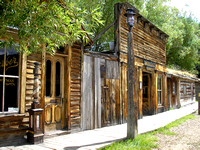 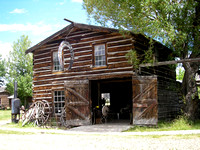 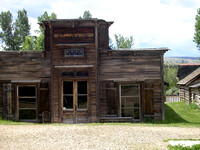 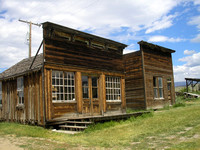 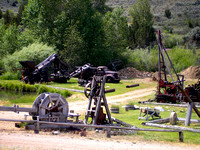 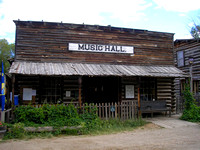 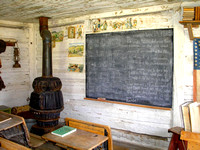 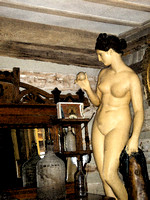 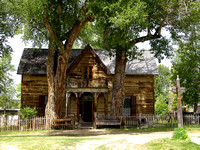 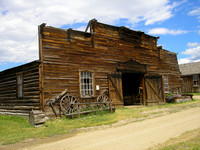 Guestbook for Nevada City
Charlene Aycock(non-registered)
I love this old western town, and so happy to see how much is preserved. I will be back when ever I can. I have one question, the rail tracks with the old cars where the building sits right on the tracks, is it illegal to take pictures of tracks. I was with a photography workshop when I came. I loved trying to capture the entire area, ran out of time and is why I will be back. Thanks for maintaining our history.
Powered by ZENFOLIO User Agreement
Cancel
Continue