Elkhorn Barber Shop and Sullivan's Saddlery - The Elkhorn Barber Shop, at left, once stood in the town of Elkhorn, Montana, south of Helena. It stood almost across the street from the famous Fraternity Hall. Sullivan's Saddlery, at right, originally stood in Fort Benton, Montana and first housed the Indian Agency for the Blackfoot. Later it became known as the "Council House", then a hotel and saloon. In 1881, Sullivan and Goss set up their saddlery in the building, which operated until 1926. 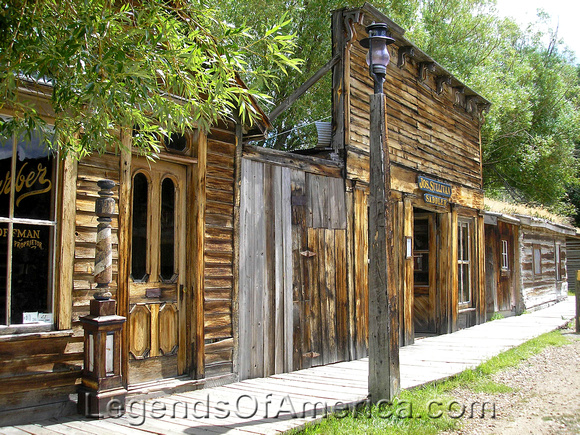