Rich in history and once full of life with over 7,000 residents, it is hard to imagine Elizabethtown as it once was. Now, the sparse remains of the once bustling boom camp look silently upon the Moreno Valley and the face of the imposing Baldy Mountain.

It all began in 1866, just one year after the Civil War ended, when Ute Indians arrived at Fort Union (northeast of Las Vegas, New Mexico) wanting to trade "pretty rocks" for supplies. Stationed at Fort Union, Captain William H. Moore was acquainted with one of the Indians. He had once found the Indian badly wounded and on the verge of death, given him water and taken him back to the fort, where he was nursed back to health. Ever grateful to Captain Moore, the Indian gave him several of the "pretty rocks" which Moore quickly recognized as being rich in copper. The ore had been found on the upper slope of Baldy Mountain (12,441 feet) on the Western edge of the Maxwell Land Grant. The Indian agreed to lead Captain Moore and several other soldiers to a spot high on the majestic mountain, where enough copper was found to stake the first of many claims in the area.
© www.legendsofamerica.com 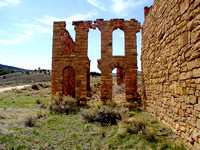 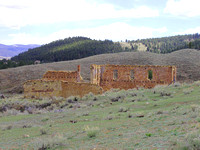 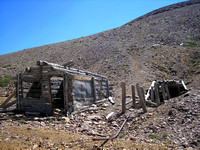 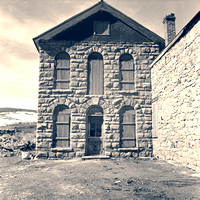 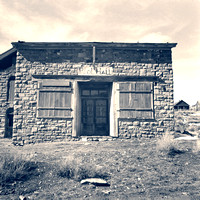