In the 19th century, the railroads hired hunters to exterminate the buffalo herds, in order to force the tribes onto reservations. As the buffalo quickly came almost extinct, both the Dakota and Lakota were forced to accept white-defined reservations in exchange for the rest of their lands. Domestic cattle and corn were given to the Sioux in exchange for buffalo, making the Sioux dependent upon the government for food and payments guaranteed by treaty.
No EXIF information is available
Categories & Keywords
Category:People
Subcategory:Men
Subcategory Detail:
Keywords:dakota, download, editorial, edward s curtis, image, indian, life, native american, people, photo, picture, sioux, stock, vintage
© www.legendsofamerica.com 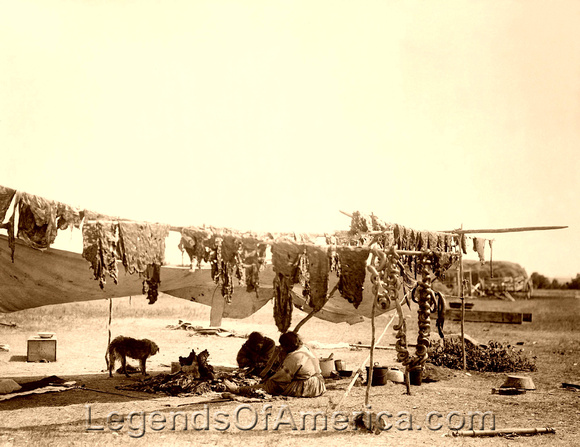