The Sioux are a confederacy of several tribes that speak three different dialects, the Lakota, Dakota and Nakota. The Lakota, also called the Teton Sioux, are comprised of seven tribal bands and are the largest and most western of the three groups, occupying lands in both North and South Dakota. The Dakota, or Santee Sioux, live mostly in Minnesota and Nebraska, while the smallest of the three, the Nakota, primarily reside in South Dakota, North Dakota and Montana.
No EXIF information is available
Categories & Keywords
Category:Lifestyle and Recreation
Subcategory:
Subcategory Detail:
Keywords:download, editorial, image, indian, life, native american, people, photo, picture, sioux, stock, vintage
© www.legendsofamerica.com 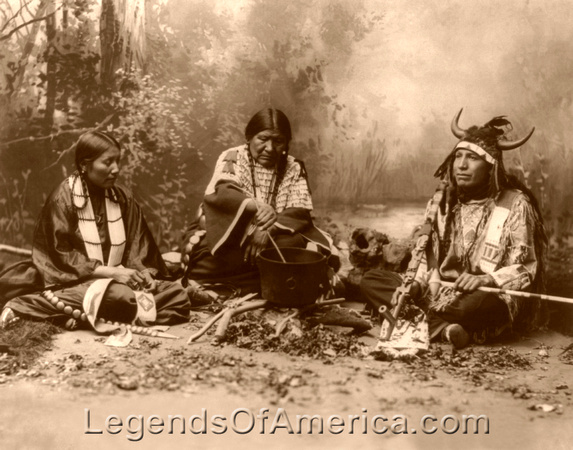