Originally part of the Province of Carolina, the state was first settled by English immigrants, mostly from Barbados. The colony was originally named in honor King Charles I (Carolus being Latin for Charles). Parts of Carolina -- mostly the coastal areas -- were colonized earlier by Spain, but, battles between the Spanish and the Native Americans caused the Spanish people to retreat to southward. The Province of South Carolina was the first of the 13 colonies that declared independence from the British Crown during the American Revolution. South Carolina later became the first state to vote to secede from the Union preceding the Civil War, on December 20, 1860.
© www.legendsofamerica.com 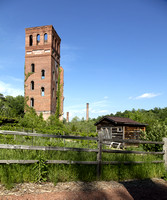