The Llano Estacado, Spanish for "palisaded plains" refers to the arid plains of the Texas Panhandle south to the Midland-Odessa area and into eastern New Mexico. One of the largest mesas or tablelands in North America, the elevation rises some 2000 feet as it slopes about 10 feet per mile from its lowest point to its highest point. However, due to the gradual slope, the landscape appears almost completely flat.

In the late 1800s, the area was home to the Kiowa and Comanche tribes, who refused to be secluded on reservations in Indian Territory (Oklahoma), which led to one of the last Indian battles in Palo Duro Canyon in December, 1874.

Because of its semi-arid terrain, it was one of the last areas in Texas to be settled, though this changed dramatically when oil was discovered in the early 20th century. 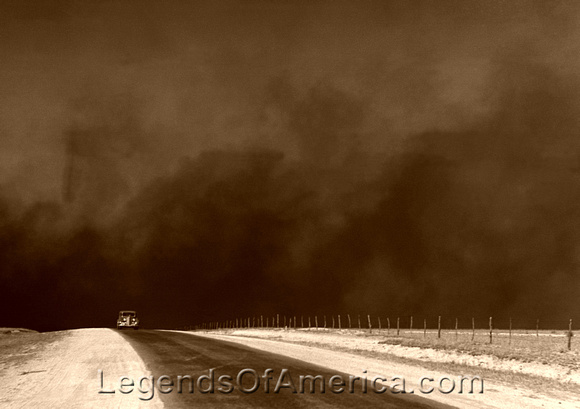