Burger Chef was a fast-food chain that got its start in Indianapolis, Indiana in 1954. At its peak in 1973 had 1,050 locations, including some in Canada.

There were four Burger Chefs in Albuquerque, New Mexico including one at 2056 Central Ave SW. While the building and the sign are still there, the sign no longer looks anything like the one in this photograph. 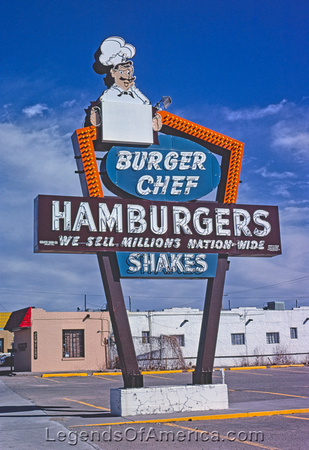