Amarillo is one of the few places where the Old West is literally only steps away as you move from the modern twenty-first century to the many surrounding working ranches that are essentially unchanged from the late 1800s in their day-to-day operations.

Francisco Coronado was the first European to see the vast open spaces of what would one day be the Texas Panhandle – nearly 80 years before the Pilgrims landed at Plymouth Rock. The roving tribes of Indians had dominated the area for centuries and were one of the last strongholds against the invasion of the "White Man.” After the last hold out ended in the Red River War in 1875, the "staked plains” were opened to settlement.
© www.legendsofamerica.com 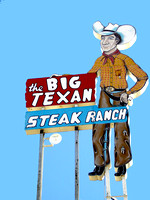 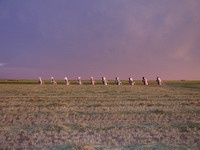