Vintage Advertisement for Cyrus Noble Whiskey featuring men playing Faro.
A popular phrase that was often associated with Faro was "Bucking the Tiger,” which is thought to have come from early card backs that featured a drawing of a Bengal Tiger. In any event, the Bengal Tiger became the icon of the Faro game. Another phrase that referred to playing Faro , was "twisting the tiger’s tail.” Places that sported a number of gambling halls, including alleys, streets and districts, were often called "tiger town” or "tiger alley.” 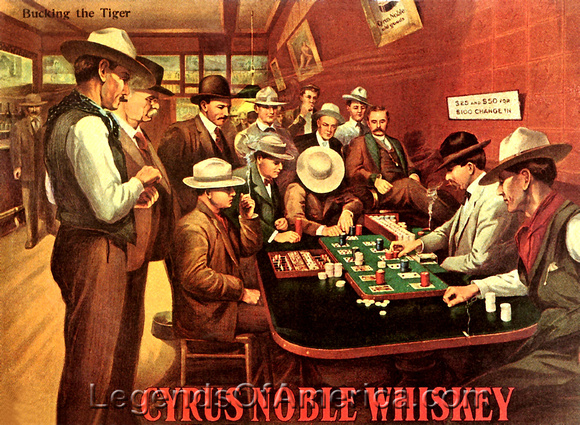