During the late 19th century, gold fever roared through Colorado like wildfire, and mining camps and towns were literally born overnight. Seeking their fortunes, thousands of men arrived in the Centennial State in search of glittery minerals. Settlements grew up on rocky hillsides, in grassy meadows, and along creeks and rivers -- where ever gold or silver was thought to be found.

Many towns, such as Central City, Leadville, and Cripple Creek were so successful they grew into large cities, some of which were larger than Denver at the time. This mining boom brought national recognition to Colorado as one of the most lucrative places to be in the late 1800s.

Colorado has more than 600 ghost towns, most of which were mining towns, which are the most popular among visitors. There at least that many more that were established that have no remains to provide evidence that they ever existed.
© www.legendsofamerica.com 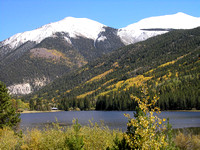 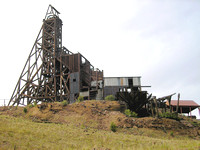